← back to
Moshi Moshi Music

How Would You Know I Was Lonely?

by The Rhythm Method 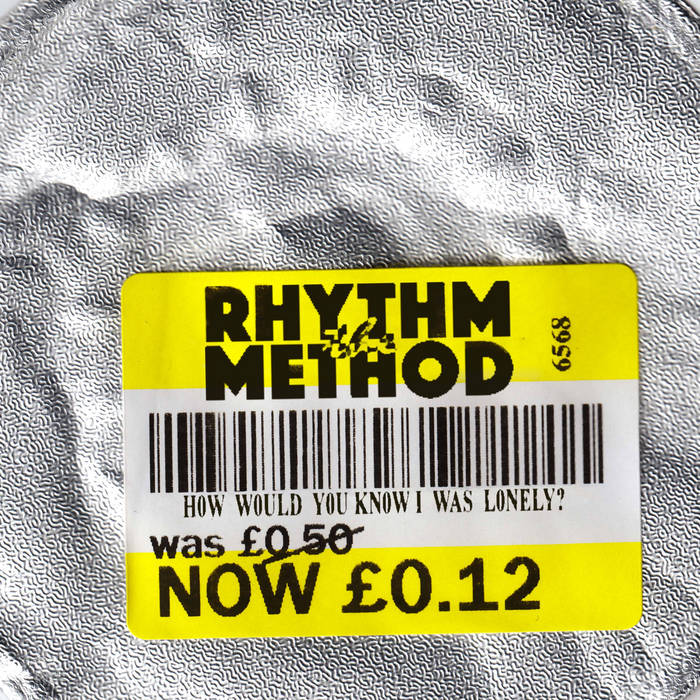 “Once Upon A Time In Middlesex…” So begins one of the most original, smart, idiosyncratic, infectious, often confounding, always entertaining, British debuts of recent years.

Against all odds, The Rhythm Method have finally made it official. After a stream of ante – and sometime eyebrow – raising singles, appearing on publications including The Observer, Q, i-D, The Guardian, Dazed & Confused, Notion and Mixmag New Artist Tips across roughly three years, numerous shows and tours throughout the UK, the duo of Joey Bradbury and Rowan Martin will release their hotly anticipated, long overdue debut album How Would You Know I Was Lonely? on June 21st on Moshi Moshi. The announcement arrives with majestic Railway replacement service anthem ‘Sex And The Suburbs’ – an encapsulation of the ecstasy and the agony that makes The Rhythm Method such a uniquely addictive proposition.

Formed half a decade ago in a Thameside squat protection scheme intended for professionals but inhabited by the barely-employed, the duo turned a summer of FIFA tournaments, cosmic breakdowns and 4pm beers into a series of bizarre, outsider-music iPhone demos that became a Soundcloud, then a band, then a live show and now an album.

How Would You Know I Was Lonely? is a journey through the present – a descent into late 20's, late-capitalist mind-funk; 12 stories of near-romances, yellow label dinners, chemical catatonia and lack-of-identity politics. Its influences are strange and diverse, not always entirely credible or tangible; Scritti Politti, Aswad, Irish Pub karaoke, ITV4, YouTube freestyles, Celtic standards, Golborne Road radios and more than a dose of Rod Stewart.

Pocket symphonies such as 'Sex and The Suburbs', 'Local, Girl' and 'Cruel' sound like the Saturday night playlist from a Quantum Leap FM Radio station – ostensibly pop songs, but ones in possession of a rare intelligence, frankness and deep weirdness. The references may be initially esoteric, but the themes are palpably universal. Opener ‘Salad Cream’, referring to a mid 90’s Heinz campaign, is about creating social demand for yourself via scarcity. ‘Cruel’ is pub-karaoke paean to the spectre of addiction. ‘Single Life’ explores the dark, bleak desperation of romantic dejection, set to sleazy noir funk and muted trumpets. Joey Bradbury's verses could be a man on the verge of a nervous breakdown recording the voice notes of his crack-up, whilst Rowan Martin's choruses ask questions you never thought you'd hear in such hummable form.

Fans and supporters have ranged from spiritual forbearers such Mike Skinner (who produced ‘Cruel’, featuring London electronic pop artist Zoee), Squeeze frontman Chris Difford (who lends a knowing baritone to the chorus of Zone 2 opus ‘Wandsworth Plain’), Elton John and Suggs; contemporaries including The 1975’s Matty Healy (who is responsible for half of the band’s YouTube views), Wolf Alice and Shame; actress and poet Michaela Coel and Denise Welch; highlighting the varied magnetism of the lyrical insight, classic songcraft and inquisitive spirit at the heart of these off-kilter pop tunes.

“How would you know I was lonely if I didn’t tell everyone?” wonders Joey Bradbury on ‘Ode 2 Joey’. It’s a paradoxical sentiment with no clear resolution in sight, but there is something comforting in it being asked.

Bandcamp Daily  your guide to the world of Bandcamp

Featured sounds by K.Spark and WIZDUMB, plus Basi joins the show to discuss his latest release.